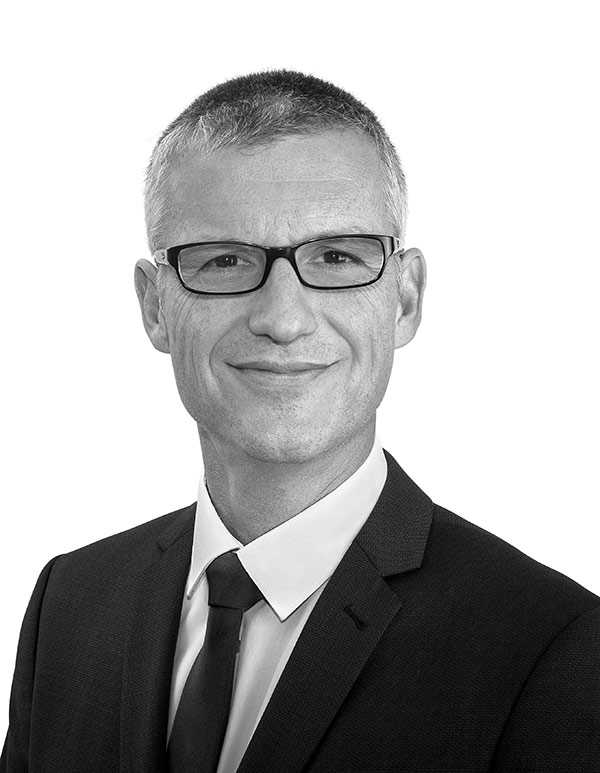 Thomas Körner studied physics in Erlangen (DE) and London (Imperial College) and obtained a PhD from the Department of Electrical Engineering at ETH Zurich (Swiss Federal Institute of Technology). He also conducted research at the Laser Research Laboratory at the Grosshadern Hospital of Munich’s LMU University, and obtained a Master of Advanced Studies (MAS) in Intellectual Property (IP) from ETH Zurich.

He has been working in the area of intellectual property since 2001, and has extensive experience in obtaining and enforcing patents, as well as in defending against unjustified claims. His main areas of activity are applied optics, electromagnetic field theory, automation and energy technology, semiconductor technology, computational physics, image processing and medical technology.

Between 2001 and 2003, he worked as a patent attorney for ABB Switzerland, eventually as a supervisor for the power semiconductor division. He then worked as a patent manager for Pelikan Hardcopy, the printer supply branch of a renowned German manufacturer of fine writing devices, until 2007. Before establishing his own patent law firm in 2009, he was responsible for IP affairs at a Swiss subsidiary of Kulicke & Soffa, a global leader in the design and manufacture of semiconductor assembly equipment, until 2011.

Thomas Körner advises and represents clients in all areas related to intellectual property. The focus of his activities is directed to protecting inventions and software under Swiss, European and International patent law.